Tower Town is full of young spellcasters freshly graduated from Wizard's Peak University. They come here to serve their mandatory two years of service for the Sovranty of Lozar or they come to join one of the many magitech research labs or combat wizard guilds that flourish here.

The city bursts with the energy of brilliant young people taking their first steps outside of academia. After a lifetime of intense studying this is their first chance to put down their wands and let down their hair. Finally their free time belongs to them and they work hard enjoying themselves!

The high concentration of wizards from WPU and other arcane colleges join alumni associations in Tower Town to make contacts and relive the glory days at their alma mater. Others form associations based on their specializations and arcane interests.

The largest WPU alumni association is the Argent Arcanum. They maintain chapter houses throughout the western Krosia and throughout he largest cities in the world. WPU alumni who pay their dues can access their libraries, living quarters, and resident sages whenever they wish.

Arcanists specializing in lightning and thunder have formed a society to harness the power of voltaic energy in magitech.

The small but growing population of goblin grads of WPU form an especially tight organization. Many of them are the first of their family or clan to become formal wizards.

Some of the best known taverns and bars include:

Grig's Grotto
The best dance club in the Zone plays a wide variety of music on the different days of the week.
Campus Cantrips
Conversations and drinks flow freely at this laid back rooftop beer garden on top of a magical library of the same name.
Tito Corbin's
A location of the famous Talinside Bay bar that originated Drinks That Are On Fire. 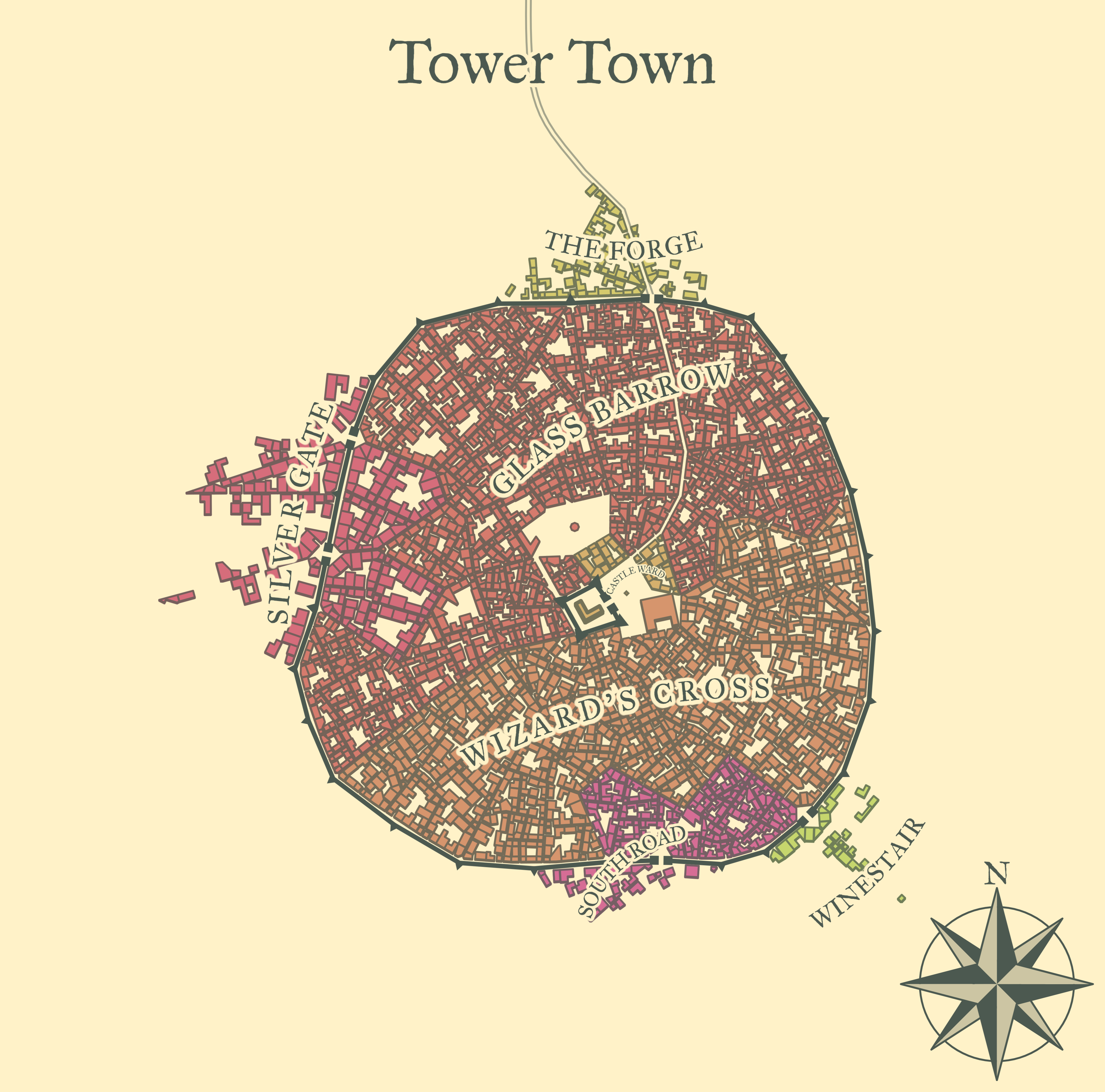 The Navigator of Worlds conducts the Pit through the multiverse. Every morning, the Divers determine if it's a day of war or peace.

Mages and artificers stand at the forefront of the magitech revolution in the most advanced of the Zones.

The hottest bands bring the best dancers in the Zone to everyone's favorite club.

The entertainment district of Tower Town comes to life at night with great music and incredible venues.