This ornate and exclusive enclave of Kirisian mages feels like an anachronism amongst the modern cities of the Zone. The Concordant Mandate against the divine rights of kings and those of noble blood didn't apply to the meritocratic Magisters of Kiris. They continue to be led by the most powerful arcane spellcasters among them.

Although the practice of slavery is outlawed in the Concordance, the Kirisians get around it by allowing bond service. Bond servants are contracted to serve their bond holder until their contract is purchased. They can theoretically purchase their own contract, but it's an uncommon occurence. Most bond servants live their entire lives under contract.

The Magisters of Kiris pride themselves for the quality and power of their arcanists. The existence of Wizard's Peak University and the puissance of their graduates is a thorn in the side of the Kirisians. The rigidity of thought and lack creativity among the Magisters has always been their weakness.

Humans and drow elves make up the majority of the city's populace. The Enclave includes residents considered monsters everywhere else in the world. Sentient undead, lycanthropes, aswang, and hags live openly throughout the city. As long as they do not break the Concordant Mandates or the laws of the Southwest Canton, they are considered valuable members of society.

Goblins and kobolds enter the Enclave for work at dawn every day, but are not allowed to sleep in the city. Skeletal undead and mindless constructs make up the balance of the workforce. 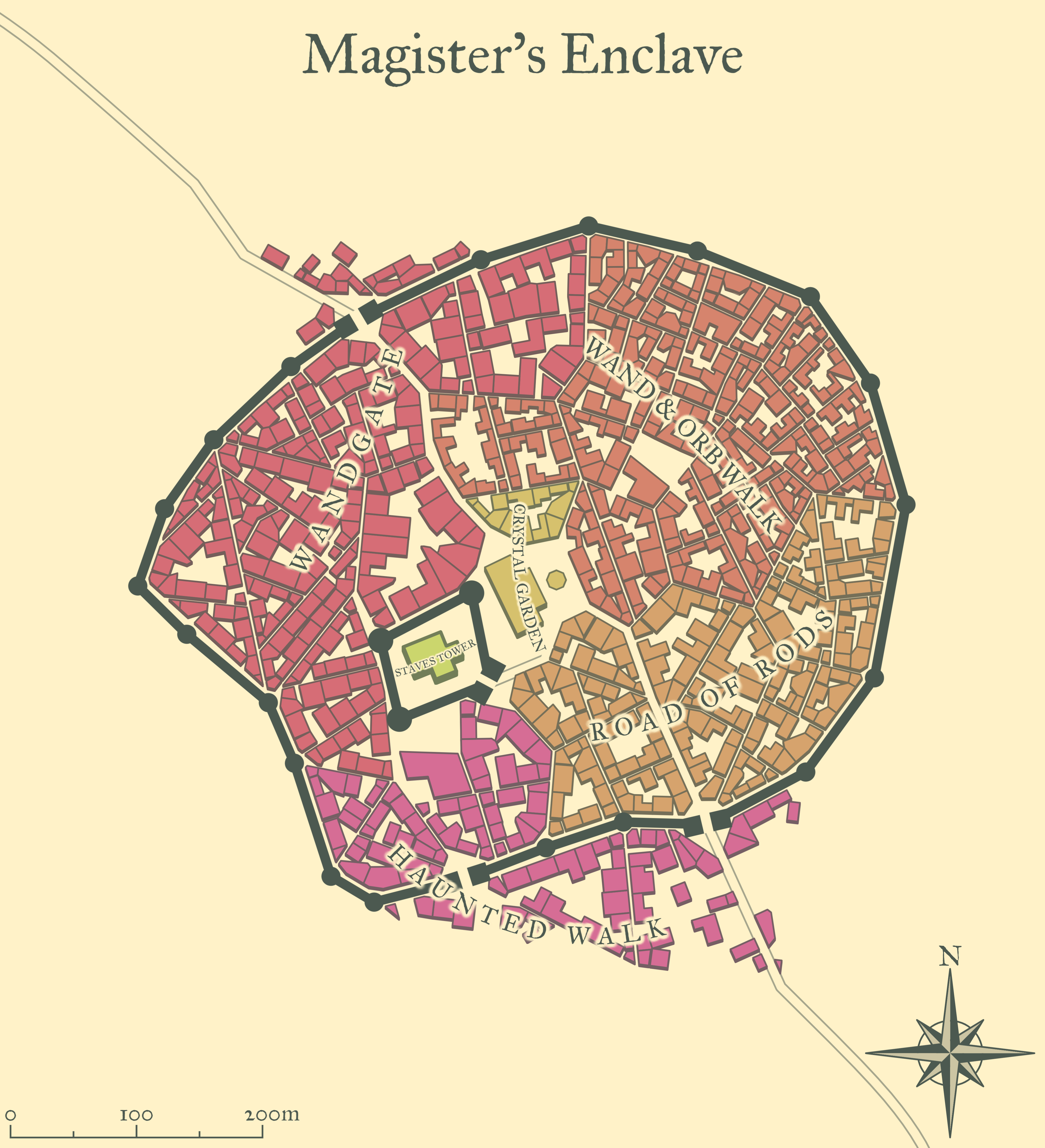 The dark wizards of Kiris protect their portion of the Zone with legions of undead and armies of bondservant goblinoids. Crime syndicates run by hag covens operate throughout the Zone from here.

An underground shanty town and home of the goblin servants and soldiers who work in Magister's Enclave by day.