The blended city of Mended Axe was settled by soldiers of the orcish Empire of Borthakar and warriors of the northern Alian Tribes. When fighting on the Kirinal Pit, these traditional enemies discovered that they had more in common with each other than their other allies in the Concordance for Survival.

These northern peoples find themselves always adjusting to the unpredictable weather of the Kirinal Concordance Zone. Most Axefolk find the temperate to subtropical latitude too warm for their liking. They look forward to the mild winters and love it when the Manifest sometimes brings cold and snow to the Zone for a day.

The rough and tumble city of Mended Axe is known for its taverns and pubs. The hard drinking and hard fighting soldiers of the Bastion of Borthakar bring their exuberance back home to the Axe. Almost everyone in the city is armed, but drawing a weapon in the city for anything except for defense, of the city or the self, is forbidden.

Upon entry into the city, weapons are peace bound by the Axe's Guardsmen. The binding is an orange cord, and easily broken, but any guardsman who sees a broken bond will question the wielder of the weapon to determine what happened.

One of the dichotomies of the Axe is the reversal of status among humans and orcs. The orcs send their best and brightest to the Zone. Hoping that their children will bring civilization, refinement, and prestige back to Borthakar. Every orcish family hopes to send their children to fight on Pit.

The Alian Tribesmen send their troublemakers and hooligans down to the Pit as punishment. Serving at the Pit and fighting for the world brings some reknown to those who return to the Frozen North. However most Northmen hate the heat, the lack of snow, and the changing seasons of the Southlands. 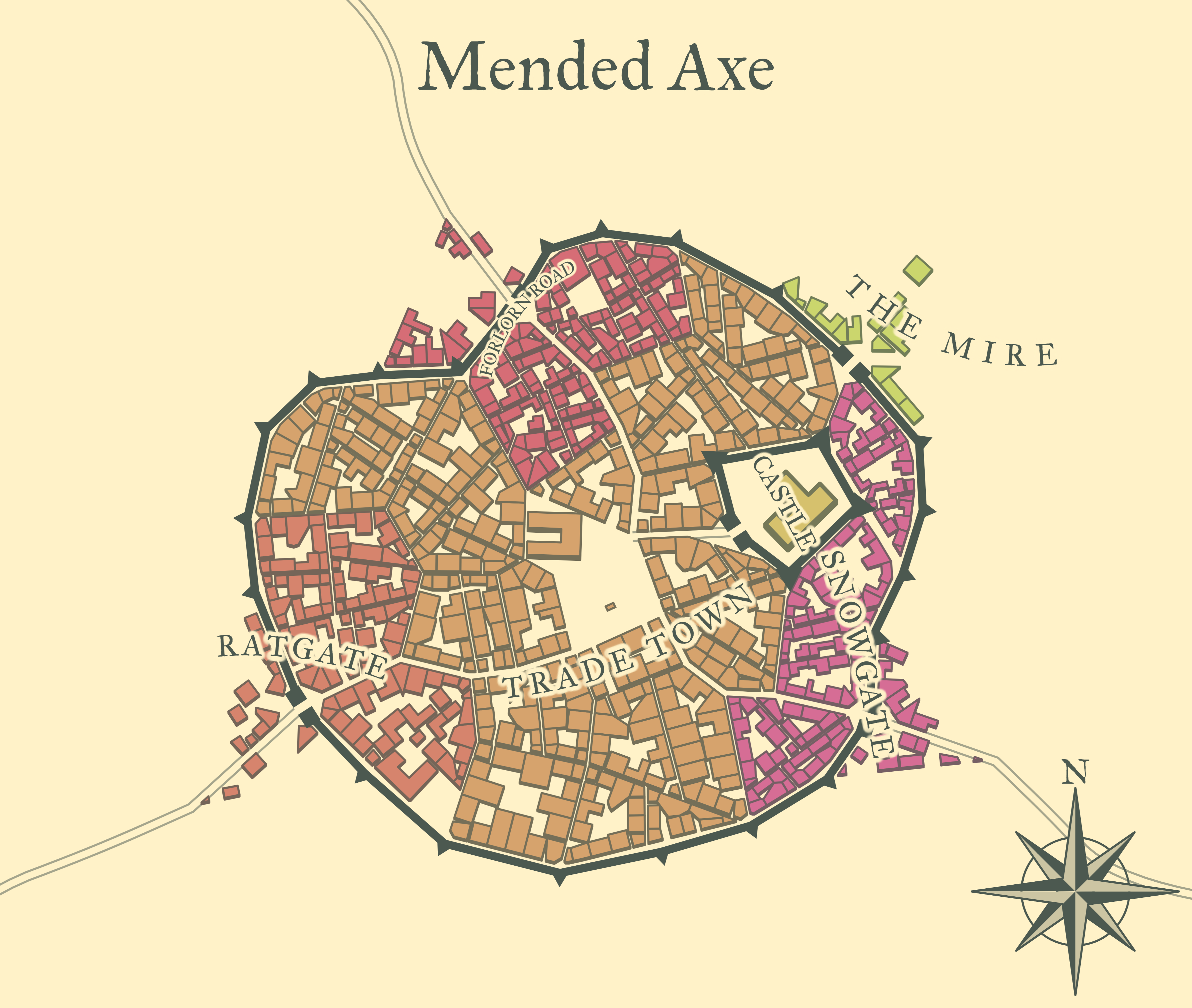 The orcs of Borthakar built a mighty fortress on the northwest edge of the Pit.

An unlikely alliance of the orcish Empire of Borthakar and the Tribes of Alia form the fiercest fighting force at the Pit.