Welcome sophonts to the Kirinal Concordance Zone. My designation is 20,607, refer to me as Instructor of Recruits. My pronouns are they/them. I am soulforged, a lost soul of Kirinal given a new life in this constructed body."

"I see mortals from across our world along with recruits from other planes of reality amongst you. Today you will learn how to complete your period of service and earn your citizenship amongst the Concordant."

Of course I knew the old tin can before they stuck me with them. Instructor trained me, but they never had no partner before. That old bucket was stuck in their ways. They gave me the cold marble shoulder when I began. Took some time, but now we're in synch. We can finish each other's sentences. I couldn't ask for a better partner!

The soulforged Head Instructor at the Orientation Auditorium in Gold Arrow Station. They are rarely seen without their co-instructor Sgt. Kill Flayer.

Instructor was reborn in the Soul Forge a little more than a hundred years ago as the 20,607th of their kind to return to a mortal life. At their Ceremony of Release, they declared: "I am the Learner. I am genderless. I shall learn about our world and pass on that knowledge."

The newly declared Learner, became a disciple in the Church of Anam's main library in the City of Amaston. They moved up the ranks and also studied at other centers of learning including Wizard's Peak University and the Royal Library in New Kirinal.

Learner focused on more prosaic subjects such as politics, culture, legends, and the mundanities of day to day life. They were less concerned with the accrual of arcane knowledge or the accumulation of power. Eventually, they became recognized as the leading scholar on the Concordance for Survival and the world of Erathia.

After a few decades of intense study, #20,607 was selected to become the Instructor of Recruits at Gold Arrow Station and to create the curriculum for newly arrived sophonts in the Kirinal Concordance Zone. The newly designated Instructor led instruction at the Station alone for many decades. Over the years, recruits began to complain about the dry and uninspiring nature of the Instructors classes.

About a decade ago, Instructor was given a partner in the form of the irascible and colorful Sgt. Kill Flayer. After a short period of resisting the change, Instructor realized that having a partner actually helped them. The counterpoint of the sergeant's anecdotes helped to illustrate the Instructor's raw knowledge.

Instructor has been inspired to actually live their life instead of just observing it. They travel around the Zone, Sovranty, and even to other worlds with Sgt. Kill Flayer to increase their knowedge and improve their Instruction. 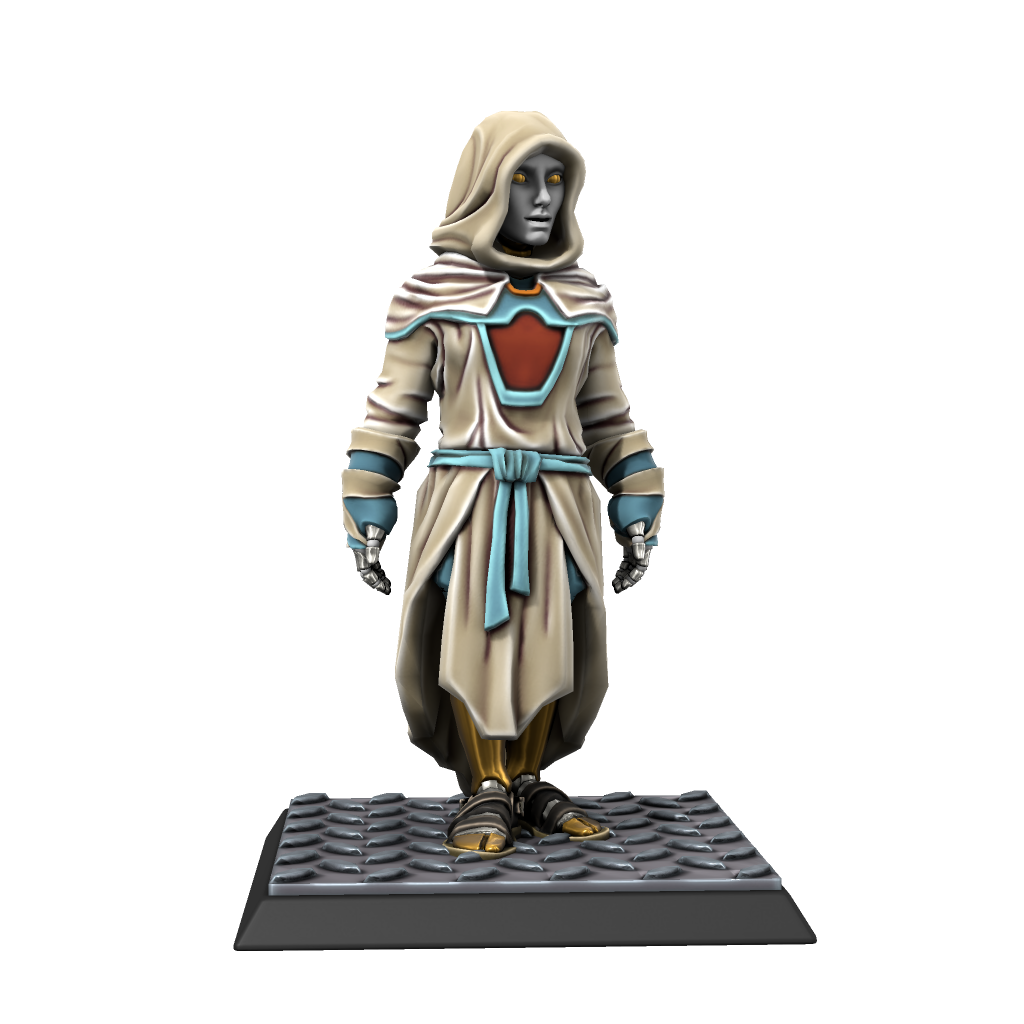