These small mortals live happily in the shadows of their larger, noisier neighboors. Most of them have no grand ambitions to conquer the world or work mighty magics. They are perfectly happy at home, growing things, making things, and eating delicious meals. However, the exceptions to this rule often hold the weight of the world on their small shoulders.

The halfling homeland rests securely in The Warmshires between dwarven and elven lands, where halflings are most comfortable. They have large populations in the Free Cities of Talinside Bay and the Duchy of Arro and can be found sprinkled anywhere the other mortal races have settled.

Adventurous halflings often become explorers, rangers, rogues or dog and crow riders. They go to the Pit to take jobs as Salvagers or to open up taverns and inns.

Known for their stealth and cunning, the Reeves of the Warmshires are some of the best bounty hunters and trackers in western Krosia. They are in high demand throughout Concordant and Sovranty lands.

The traditional scouts of the Warmshires ride giant crows to monitor the borders. These human sized birds can carry around 40 lbs without affecting their speed, so smaller halflings are encouraged to enter the force. Cocky and brash, Crow Riders value speed, perception and archery skills.

The most in demand halfling professionals are their cooks, bakers, and chefs. The halfling bakers of Garrison City use exotic extraplanar ingredients to make light airy bread and delicious pies unlike anything else in the multiverse. The salumists in the Garisson make unique sausages and charcuterie from beasts and monsters from across the planes.

My favorite dish is the Ice-smoked Abyssal Chicken Barbecue at le Frigo Rare in Garisson City. The blend of cold and heat with heavenly spices really brings out the fatty flavors of abyssal chicken. 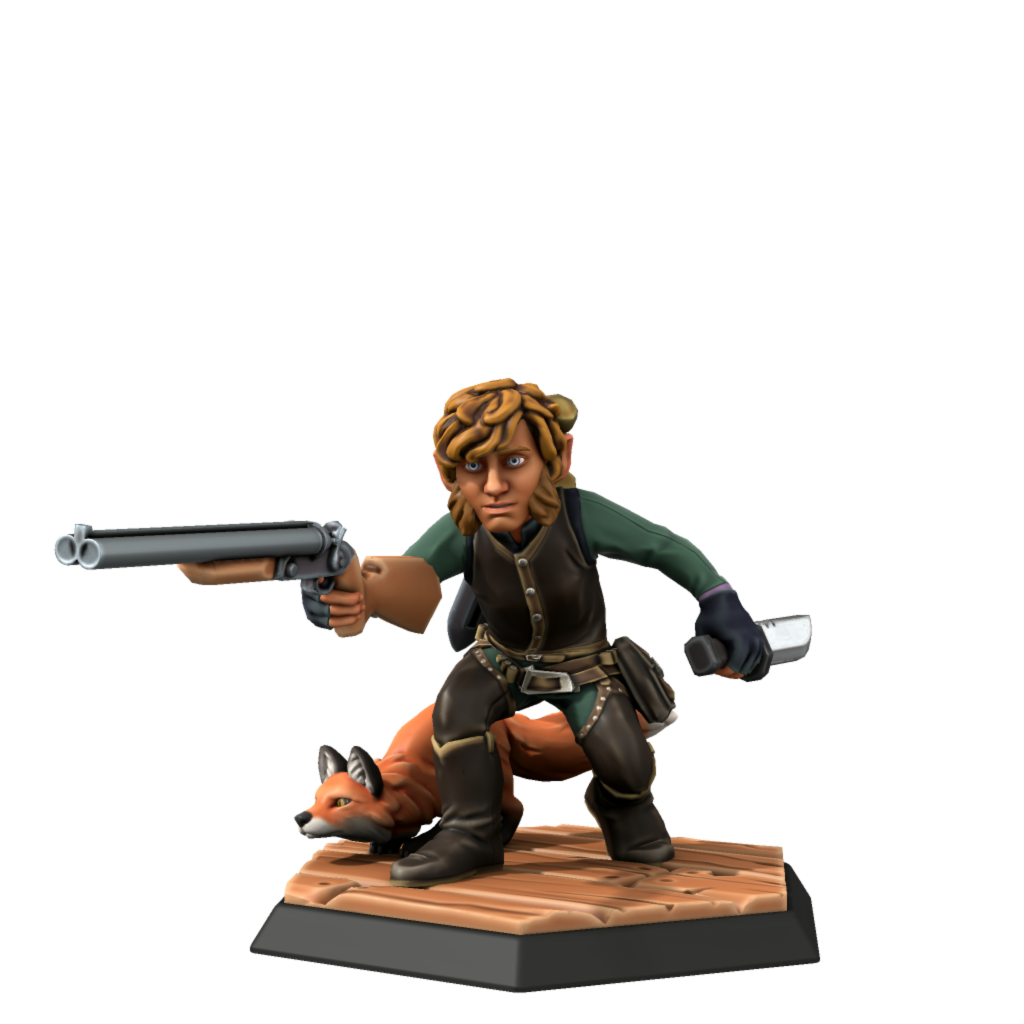 by Chris L
Galen Pepdery comes from a long line of Reeves in the Warmshires. A Ranger of the Tortoise Conclave, he hunts Hexworm rustlers on the land and in the sky.