The long awaited Lunapalooza begins and the guests are split among the venues - Grig's Grotto, Tito Corbin's Tavern, Campus Cantrips, and the Cavaliers of Light Tourney Train.

The pre-party starts at Grig's during setup and Lord Maximillian von Razak along with his gigantic personality comes to hype up his boy Lanzo. He expresses his pride over the hugely successful party. Lance asked his mom, Lady Fransiska von Razak, to help manage his father out of embarassment. She took him to the Tourney Train to visit Lady Aleonera Molndal.

Before he leaves, the Margrave ordered a round of Psychic Beer for everyone. Everyone gets a random psychic beer power - power word sneeze, turning into a ball, detachable limbs, transforming liquids - for the night.

El talks to Queen Mother Aphedril who demands that she take her rightful place as the Exalted of Dreams. More specifically, Elenwe needs to father a child who can inherit the divine visions that the Exalted receives. Any elf would do, half-elf, half-drow but an elf child is needed.

El expressed her desire to complete her transformation into a woman, but the queen demands a child first. Nia speaks to the Queen Mother about the crews plan to resurrect Thaya. She is supportive, but limited in how she could help. Said, she would give the crew access to the Crown of the Sun & Moon's Flame of the Third from Menelost Telperion, but only if El produced an heir. El offered an oath to make an heir, maybe with a familiar tiefling Legionmaster. The Queen agreed to further negotiations.

During their conversation, she mentions that she's trying to talk her "idiot" great-great-great-grandson, Cabron Elf-King, from working with Malfador.

Lola Carly was there to watch the drama. Meleena Pamplona and Spark caught up a bit. Way was given a choice, and he wanted to spend the party with Paz Ionite.

The real party began as Spark and Lance started their DJ set. They moved the Blackjack toward the Tourney Train, then suicide dived off the airship with a feather fall into the auditorium between tracks. As the set wore on, a large shadow fell over the auditorium as, under the flag of Concordance, a massive skyship dreadnautt, the Will of Malfador, loomed over Lunapalooza.

Xenopacalypse aka the Avatar of Malfador stood at the prow of the skyship. A legion of devils took off from the deck of the dreadnaut and his cultists floated down into the crows. He declared, "My name is on the flyer! I'm here to DJ!"

We retorted that it was Xeno who was on the flyer, but Malfador claimed that he and Xeno were one. The crew reluctantly agreed with a whispered threat about killing him and getting their friend back later.

Malfador declared himself the New God of the Soulforged and Lord of the Hidden Moon. He laid down some sick beats as the Will of Malfador fired cannons full of beads, "Vote for the Hell Week Accords" t-shirts, glitter, foam and weed smoke to a very receptive crowd.

Dance Off Bro! Me and You!

Malfador issued a series of challenges to the Crew of the Blackjack: a dancing contest, a mix-o-mancy contest, a drinking contest, and a singing contest; the crew of his erstwhile ship against his followers. The crew obviously agreed and began planning strategy for each contest.

First, the party moved to Grig's Grotto for the dance contest. Elenwe was confident in her skills, but Tourneymaster Dirk Altmann appeared with his own staff. He proclaimed his mastery of all things shafted then began his own pole dance. El tried to put herself over with some non-pole moves to throw Dirk off his game, but it was a waste of effort. Perhaps she was distracted by her new responsibilities, but El lost the dance battle. Dirk's victory in the dance contest was announced via Thunderprism.

Second, the party moved to Tito Corbin's for a Mix-o-mancer showdown. Lance asked Coyote Rose for tips on how to take down the Tiefling Bard Anzuscal. Lance chose to mix a gimlet, tossed the ingredients into a sphere in the air, then irradiated it with a guiding bolt. The levitating cocktail developed its own halo before slowly multiplying into a rainbow of halos down across the bar and into all the glasses . The spoony bard gave up and fled after that first amazing display. Lance Uppercut's victory is announced.

The party moves to Campus Cantrips for a drinking contest between Spark and the pit fiend, General the Baron Aginnad. The fiend boasts of drinking barrels to the goblins flagons, but Spark retorts that even blacking out will improve in the view with "Az-gonad" gone. The two put bottoms to the sky and drain the first round without a hitch despite Nia turning the Baron's beer into the strongest alcohol she can remember with her temporary psychic beer power.

Round two, she repeats the trick and this time the baron balks while Spark drains another flagon giving him the round. Into the third round, Baron Aginnad boasts of victory, but Spark casually mentions that he better not SNEEZE, activating his own psychic beer power. The pit fiend sneezes out half his barrel into a smelly foam drool while Spark drains his third flagon. The pit fiend proclaims that he hates Spark second most out of everything, which Spark proudly announces to the world.

Finally, the party moves back to the tourney train for a singing contest between Nia and her sister Sigrid. Sigrid sings, "Nunya Business" to Nia, but Nia sings back an anthem of devotion, "I'll Fight For You." The crowd favors Nia, so Sigrid changes tactics and devotes her next song to Dirk's victory over El and plays, "Man I Feel Like a Woman".

Nia ignores the taunt and unleashes a heart tearing rendition of "Jenny of Oldstone", their mothers dirge for a lost sister. Jenny herself sings harmony from Nia's identa-hedron.

Sigrid is moved to tears and reaches to her sister, Spark mind moves Nia's detachable arm to take her hand mid-performance. Sigrid crying says, "My journey isn't over." as Malfador begins to hell port her back to his skyship. Nia responds, "I'm always here when you're ready."

The party then goes on with the Blackjack crew victorious. Rumors are then begun by Lance and Nia that Malfador is jealous and will ban future Lunapalooza's. The crew also talks to Valaine about their mission to the moon. She mentions a former detective and bounty hunter dhampir named Kansa. 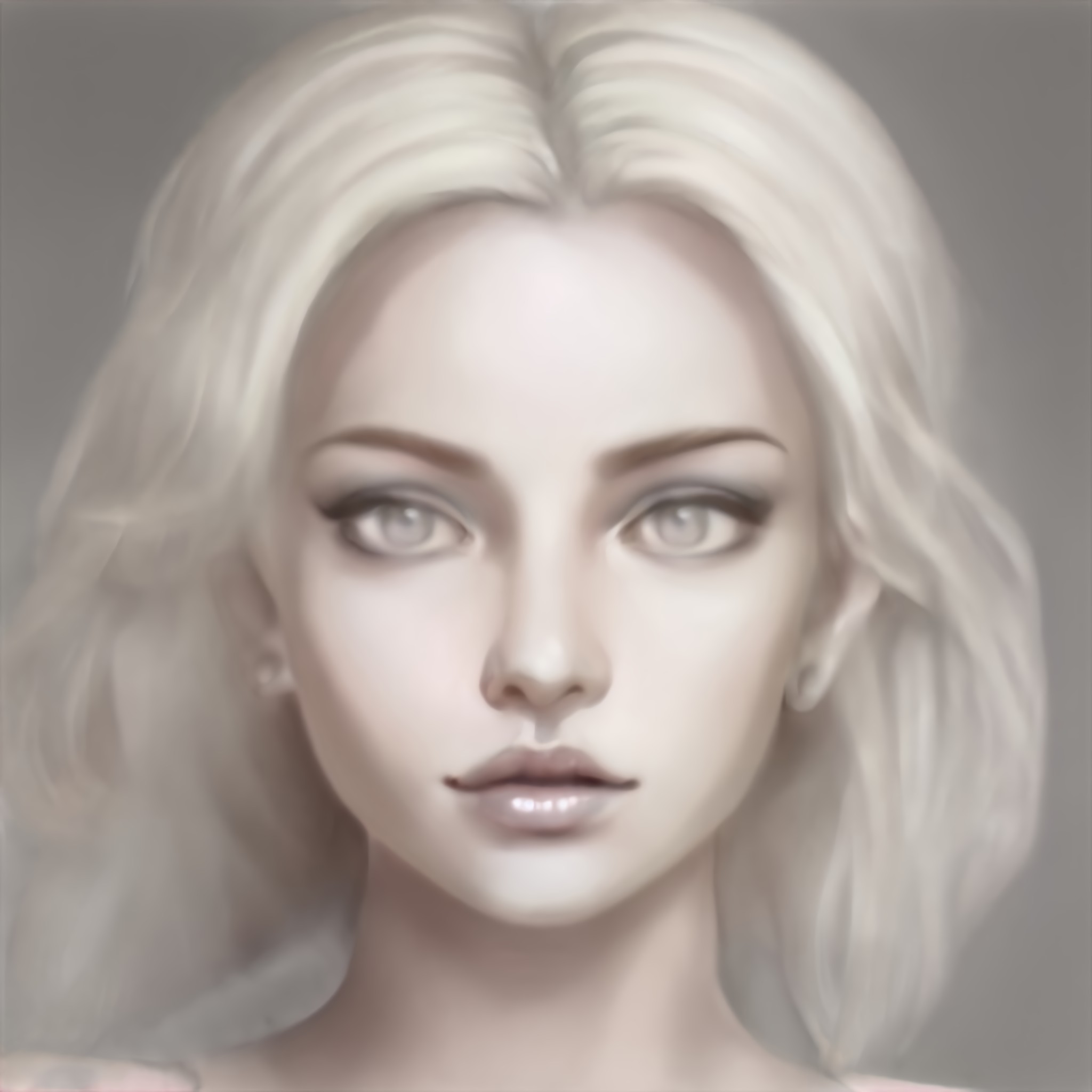 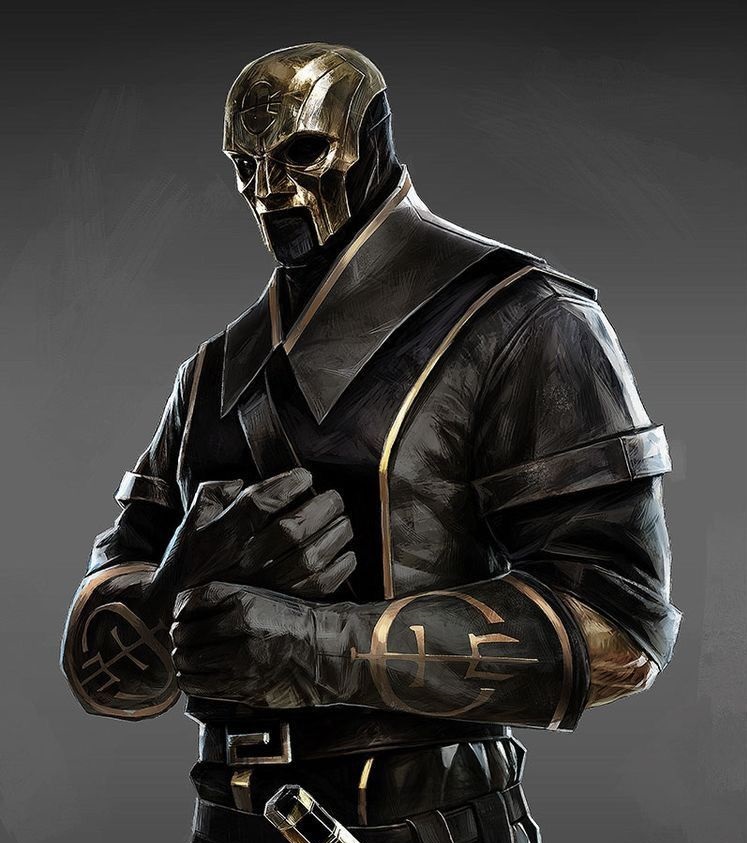 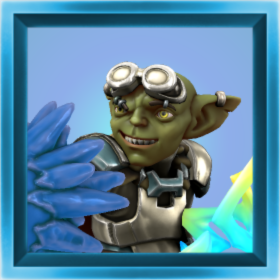