Dwarves are short and wide, solid and industrious, hard working and hard drinking. Their history is as old as the mountains they dwell beneath. The bedrock of their traditions has begun to shift in this new world. The conflict grows between dwarves embracing the new ways and those who want things to stay the same.

In the time between the Age of Mortals and the Age of Gods was the Age of Monsters. Giants and dragons vied for dominance and the young mortal races served at the whim of monstrous masters.

The dwarves fell under thrall to the giants until the end of the Age of Monsters. They vowed never to be enslaved again. They hunted the remains of giantkind all through the Mortal Age and kept silent watch over the wards of Lost Sollo, ready to go to war whenever the barriers fell.

On the Day of Dispelling, when the wards fell, the dwarves, prepared for war, were surprised to discover the giant civilization long extinct and the valley filled with enormous, unique monsters, as if more time had passed inside the wards than outside.

The dwarven nations have spearheaded recent exploration of Lost Sollo, excavating the decaying giant ruins, trying to discover what happened to their former oppressors. In the process, they discovered that the monsters of Lost Sollo, though incredibly powerful and dangerous, were also the raw materials to create weapons as powerful and dangerous as the monsters themselves.

Earth Dwarves of the Tortoise

When the dwarven nations were given a fortress on the Kirinal Pit, no rich dwarves or nobles wanted anything to do with "that hole in the dirt." Poor dwarves and those lacking noble blood were sent to build the Northeast Fortress and defend it. "You're dwarves! Go make something of yourselves."

Originally called "dirt dwarves" by those who stayed in the mountains, the Earth Dwarves of the Zone have become the richest dwarves in the world. When they arrived at the Zone, they domesticated hexworms as earth movers and construction tools. The worms ingest dirt exposed to the energies of the Kirinal Pit and that energy is concentrated into hex crystals when they spin their cocoons. The earth dwarves have a monopoly on the crystals, the energy source that is powering the new magitech world.

Grags Under the Mountains

The grags in the mountains enforce the old ways and oversee the traditional dwarven way of life. Nothing is done without the approval of the grags, and when the gods withdrew from the world, changing it forever, they took it as a personal offense. In the mountains, the grass use their dominance of the clans as a tool to reverse world's changes. Can the gods come back? Can the humanoid races be put back in their place? There must be a way. 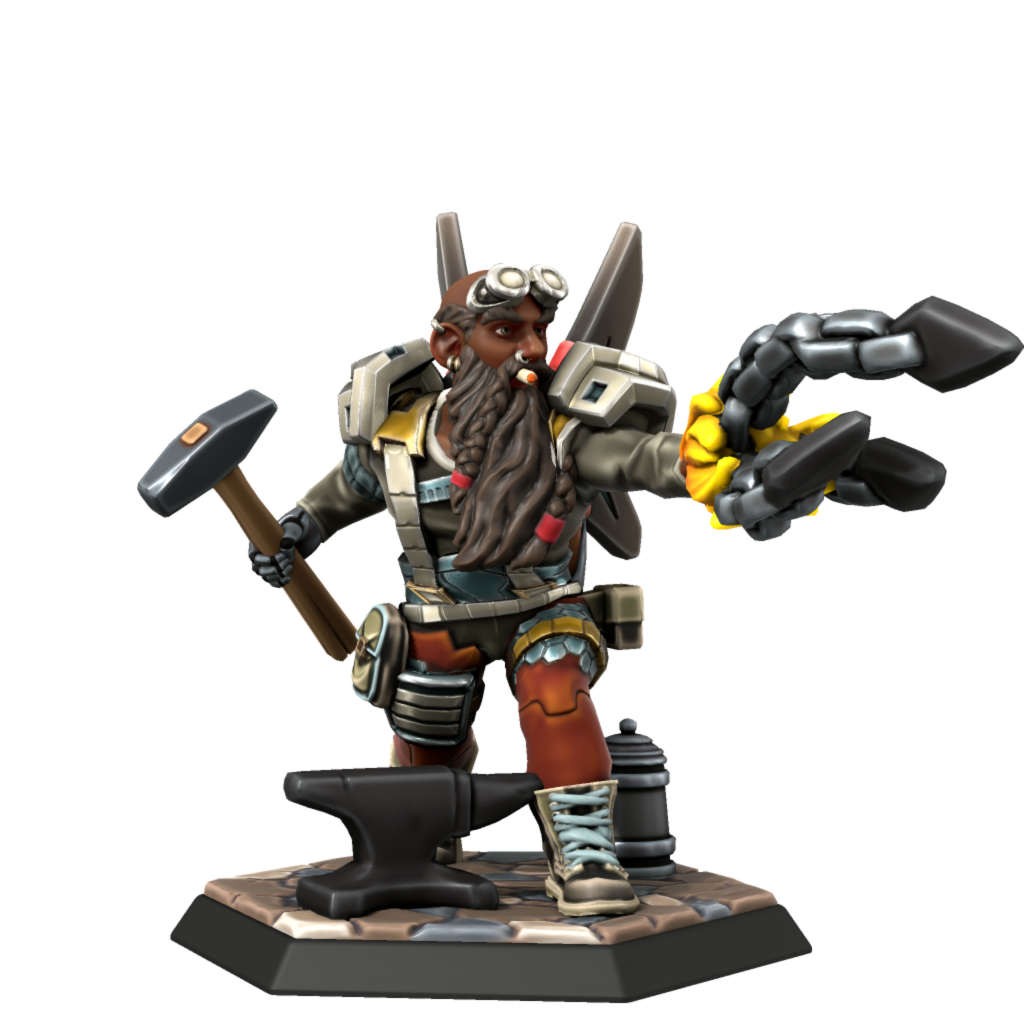 Dwarven Artificer by Chris L
Dwarven artificers of the Tortoise mix steel and magic as they move forward with the new world that is unfolding.
Genetic Descendants
Related Ethnicities
Related Materials

Dwarvish keepers of lore, responsible for interpreting what is dwarvish and what is not.